Rafael Simón del Castillo, is a businessman and executive from Cartagena with a well known career. He has consolidated himself as a business leader, expert in construction issues and development of urban projects, based on new concepts of sustainable cities. He studied business administration at the Universidad de los Andes and completed an MBA with an emphasis on Finance and Information Systems Management from Xavier University in the United States. During his professional career he has held positions in which he has led major projects at the industrial level. He was the Vice President for the Americas of Maverick Tube Corporation, President of the National Metallurgical Consortium – Colmena.

He is the President of the National Board of Directors of the Andi and of the Board of Directors of Camacol Bolívar. In addition, he is a member of the boards of directors of companies and associations including ISA Transelca, Camacol Bolívar, Aviatur, Central S. A. , Zona Franca Parque Central, Fedemetal, among others. He recently served as President of the Board of Directors of the Bolivar Trade Council. He is currently President of Novus Civitas, the firm managing the Serena del Mar development, “La Ciudad Soñada”;, in the northern area of Cartagena. This project was conceived and designed by outstanding and renowned architects and urban planners at a national and international level to meet the growth and needs of the city of Cartagena. There are options for housing, education, health, recreation and corporate solutions. 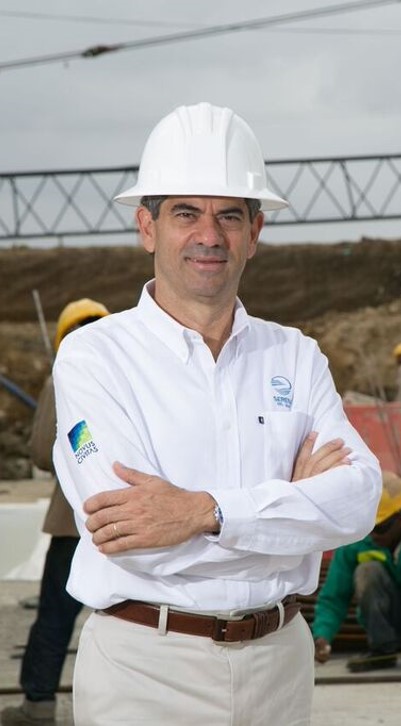